What does it take to be brave? Is it innate – something we’re born with? Or can we lay a foundation and build it?

When I think about my heroes, I imagine them as always being the stellar, ass kicking versions of themselves that I’m familiar with. But is that realistic? Are people who appear to be brave born that way and do they maintain it for their whole lives, or do they have moments of fear and struggles to overcome? Could it be possible that they are not so different from me? 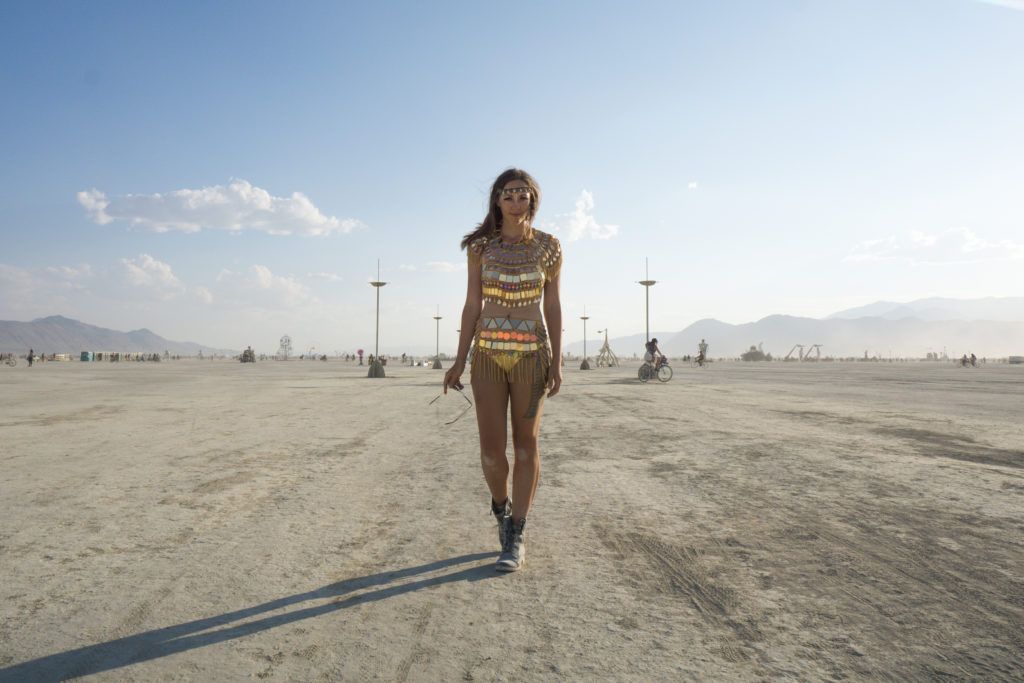 We’re all only human, right?

Nelson Mandela, the South African anti-apartheid revolutionary and peace activist, was quoted as saying “I learned that courage was not the absence of fear, but the triumph over it. The brave man is not he who does not feel afraid but he who conquers that fear.”

France Cordova, the youngest and first female NASA chief scientist said during a speech, “Of course at first I opened my eyes, looked at myself in the mirror and went, ‘Who are you kidding? You are going nowhere,’ but I kept on following my instincts and didn’t give up.”

And finally, Elizabeth Gilbert, the author of Eat, Pray, Love (perhaps you’ve heard of it?), which stayed on the New York Times bestseller list for three years, noted in her subsequent book, Big Magic, that she was an incredibly fearful child. She was terrified of even dipping her toe in the water and the beach, must less setting off to the other side of the world and writing an incredibly intimate memoir about the experience for the world to see.

Now, I’m not comparing the previous three examples with each other, nor am I stating that anything we set out to do is on as large a scale of that of Nelson Mandela. It doesn’t have to be in order to be scary. Everyone is walking their own path and bravery is not only needed by the politicians, scientists, and authors of the world, but by everyday people who carry out the seemingly nameless acts that create ripples throughout the world.

Can bravery be practiced and learned? I believe the previous examples suggest that it can.

I think it has to do with growing confidence little by little. I never intended to travel, much less backpack and hitchhike solo around the world, but it’s crazy how one thing can lead to another and before you know it, you’re doing the impossible.

Are you ready to build up your bravery? Here are six steps to help you get there:

It can start out gently, complimenting strangers without any expectation of outcome just to get comfortable with approaching people you don’t know, then starting conversations with them. Through doing this I realized the world is kind and people are good.

One thing I find helps with this is to be friendly and conversational with people who work in the service industry. They’re essentially required to talk to you, so treat them like a friend and converse with them. It’s amazing how much a person can light up just by being treated like a human being, and how unfortunate that it’s such a rarity. From there it becomes a lot easier to expand this to people who get into the elevator with you, or sit on the bus next to you, or ask to sit at your table in a crowded restaurant.

Don’t withhold a greeting, a kind word, or an acknowledgement. Even if it doesn’t seem to be received, trust that it is.

2) Put Your Phone Down

Smart phones were a life changing invention that have not only helped me to stop getting lost abroad (Google Maps, my non-spatially aware self loves you!), but are also a major contributing factor to me being able to have this blogging job at all. That said, they’ve become a crutch that makes in-person interaction less necessary and I think, much more difficult.

In a book by MIT professor Sherry Turkle, who spent 20 years studying the impacts of technology on human behavior, cell phones are eroding our capacity for empathy, creativity, and intimacy.

I’d like to scream, that’s not true! But isn’t it? If you take out your phone, you never have to sit there looking bored or like you don’t have friends. You never have to have a down moment, all you have to do is open up your phone and reinforce that yes, people like me! Why do we need this fake validation?

3) Try a Group Activity that Will Challenge You

Go salsa dancing, learn how to make pottery in a class with others, go and paint something while other people watch, do anything that you’ve been dying to try but your ego absolutely does not want to be bad at.

When I think about ancient humans and their cave drawings, I wonder how often they worried about how it looked, or didn’t draw anything because they were afraid that other people might see it and judge it. Yet today people travel for thousands of miles to see them, and others have devoted their lives to studying them.

I honestly wish we could go back in time and be a fly on the wall in that cave, observing how being a human might have been different back then. Back in the day people had to worry about animal attacks and basic survival, but since we don’t anymore we have to find new things to perseverate over, like, what’s that person going to think about me messing up my dance steps?

It’s a beautiful thing to realize that nobody cares. And if they are judging you, that’s such an unfortunate waste of their energy. But honestly they’re not. Please go dance.

4) Show Your Creations to Others

Are you ready to try something new without coming up with reasons why it’ll be scary or not work out? Are you ready to manifest something that is brewing inside of you, and to show it to others without being attached to their reactions?

Not everyone appreciates the art of Pablo Picasso, one of the most famous painters in modern history. Putting out work that divides an audience is powerful. You don’t have to please everyone. But you do have to decide if other people‘s judgments are going to stop you from painting, or writing, or publishing, or whatever it is that you want to do. Some people may shame you, troll you, or misunderstand you, but they will also love you. Wouldn’t it be silly to keep your gifts in your whole life, considering how short life is?

Can you be willing to fail at something? Can you re-define failure? Can we actually eliminate that word from our vocabulary and replace it with, ‘learning experience’?

Sara Blakely, previously the youngest self-made female billionaire (before being succeeded by Kylie Jenner this year), said that her father asked the kids around the dinner table what they had failed at that day. Why focus on failure? Because it means that you tried something. Failure doesn’t have to be negative, because it always teaches you something.

In Gabrielle Bernstein’s, The Universe Has Your Back, she urges readers to trust that the universe will ensure that the greatest good will always be the outcome. Things that might initially seem like a failure will, in time, have a clear reason why. For a less ‘woo woo’ version of this, consider Ryan Holiday’s, The Obstacle is the Way. The book discusses several examples of people who turned what seemed like their biggest road blocks into their greatest success. Both books support the same point – that failure is not to be feared, rather, it can often show us a new path forward.

6) Do the Thing that You Previously Said Was Impossible

When I was in college, I had never really camped in a tent before, much less gone backpacking. I remember my friends doing it and I said, ‘There is no way that I could ever do that, it seems impossible to carry all of that weight up a mountain. How does anyone do this?’

Now I have completed eight multi-day hikes on multiple continents, one of which I set out on solo. The same thing happened with hitchhiking. If you had told me even one week prior that I would be on the road in China with my thumb up I would’ve thought it was insane, but when momentum is on your side, you stop asking questions and you just do it. So my advice is to not overthink it, and to decide to just do something that you previously thought was impossible.

It doesn’t have to be massively physically challenging, and it doesn’t have to be dangerous, it just has to be something that you never thought you would do, but you always secretly wished you were capable of. Overcoming these agreements that you previously made with yourself and realizing that they were not true, that your limitations are mental, will likely cause you to ask, what else can I do that I didn’t think I could do?

And this, my friends, is where the magic happens.

If I know one thing about bravery, it’s that you can build it. It’s in you, you just have to give it room to emerge.

Please remind yourself when the fears come up that, as female pilot Amelia Earhart said, ‘The most difficult thing is the decision to act, the rest is merely tenacity. The fears are paper tigers.’

For further reading on bravery and overcoming obstacles, I recommend the following books:

124 shares
« Dreamy Niijima, an Island Paradise Near Tokyo
10 Quirky Things to do in Harajuku, Tokyo »