“Kristin,” Krish, the owner of my hostel in Cameron Highlands, started bashfully, “Would you like to come to a local party tonight?”

Through my travels, I have learned that when invited to a local event the answer should always be ‘yes.’ When he added that the food was free and the draught Guinness was free-flowing, my commitment solidified.

It was a dinner and karaoke session that was hosted by the Cameron Highlands elite, and I was invited.

An hour or so before taking off, Krish informed me that since I’d be the only foreigner, there was no way I’d get out of performing karaoke on stage. I told Krish I can’t sing worth a damn to which he merely retorted an evil giggle.

We arrived a short time later to a mixed crowd of Chinese-Malaysian and Indian-Malaysian attendees. Krish found it hilarious to introduce me to everyone as a singer from Hollywood, thereby cementing my fate.

The party started normally enough. We all filled our plates with delicious Indian food and socialized.

Next, an informational video about a dietary supplement played for about twenty minutes, followed by a passionate and heartfelt weight loss story by an attendee.  I could make out very little of what was said (as I’m not a Malay speaker), but found it odd that we had just eaten plates of fried food.

Oh, and next we were having cake.

He finished by pointing to a pile of supplements and offering them for 20 ringgit apiece.

It was quite a unique opening to a party.

I had thought that perhaps in the hype of the moment it had been forgotten that a (fake) singer from California was in the audience, but the speech was finished by thanking us, especially ‘our special guest from California, who would be singing later,’ for attending.

A couple of songs went by sung by others – one a traditional Indian song and the other a love ballad in Chinese. Then, Krish mischievously took over the microphone and announced that I would be singing a song.

I hung my head, downed my glass of Guinness for some liquid courage, and walked over to the karaoke booth to make my choice.  It was clear I was not getting out of this one.

Have I mentioned that I have never, ever sang in front of anyone?  I mean, the shower walls and the inside of my car have certainly heard my singing voice, but even they were silently protesting, I’m sure of it.

My sincerest hopes that a Taylor Swift ballad would be available (yes, I do have her entire discography memorized and yes, I am shameless in admitting that) were dashed when the entire booklet appeared to be stuck in the 90s. Thankfully, there was some Maroon 5 in there to save the day – er, night, as it were.

I greeted the crowd in Chinese and apologized for my poor singing ability.  This alone elicited cheers. The foreigner was speaking their language.  I instantly felt better.

Missing most of the high notes but managing not to shatter any glass or make anyone in the audience cover their ears and beg through bitter tears for the terrible noise to stop, I finished the song and hoped I’d be done with it. I tried to run off stage.

But, no, an encore was requested.  This time, I sang Killing Me Softly (I can only manage deep-voiced songs) to music that was a bit off, and ran off stage insisting I was done singing, damnit!

If you’d like to see me singing, feel free to subject yourself. I warn you, however, that I am really, truly, awful!

Cringeworthy Karaoke in Malaysia from Kristin Addis on Vimeo.

(God, don’t you wish you could dance that awkwardly? Or mess up several times on stage in front of tons of strangers? I know I once did. Goal: reached)

I think it just made me feel sober.

The rest of the night saw me going around the room saying “Hen gaoxin renshi ni,”  (nice to meet you) over and over – the crowd was suddenly much more interested in this foreigner who could speak some Chinese – followed by dancing to a variety of 50s swing, hip-hop, and Bollywood songs.

I was not allowed to sit in my chair and resist dancing.  Each time I tried, I was pulled back up.

It was my mastery of all of the moves to Gangnam Style that earned me the compliment, “you dance really well!”.  I had a hunch that one day I’d be glad I had learned the leg-kick-wrist-knock combo.

Somewhere between it all, I found myself laughing and enjoying the small party in the misty mountains of Malaysia more than I would a booming Hollywood night club.  It was easily the most ridiculous night of my trip thus far.

And I mean that in the best possible way.

Have you ever broken out of your comfort zone while traveling? Tell your story in the comments! 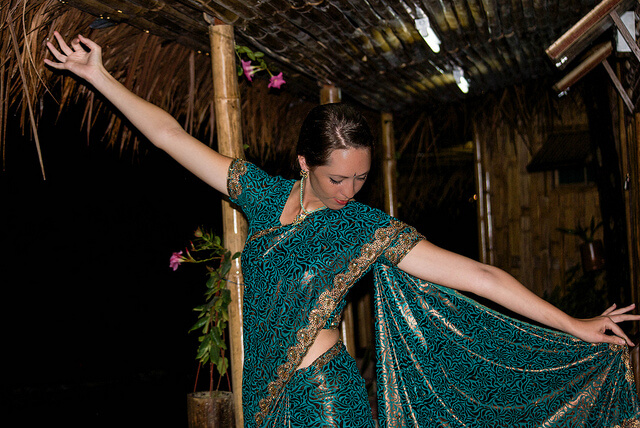 0 shares
« The Calm of Cameron Highlands: How to Go Off the Beaten Path
I Had a Staring Contest with a Puffer Fish: Diving Perhentian Islands »