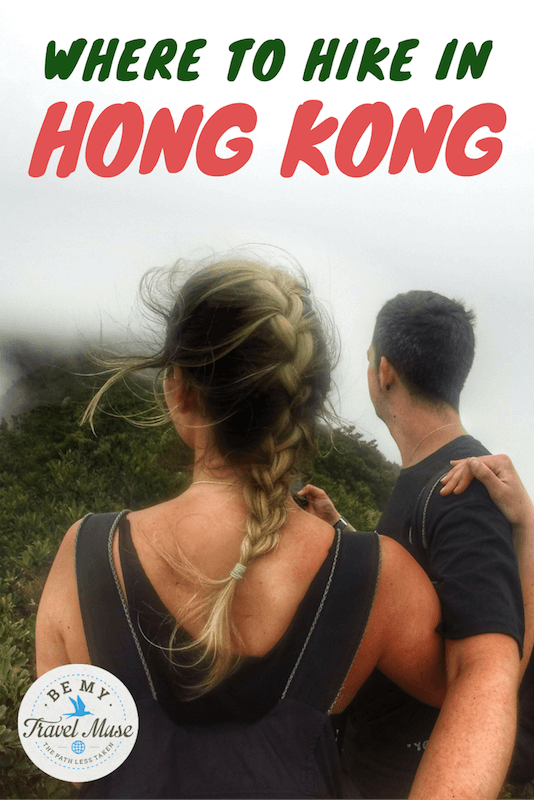 Hong Kong is one of the most famed cities in the world for its skyline, culture, and food. The island drapes the banks of the South China Sea which flows freely between Hong Kong island and Kowloon with the bright lights of the city serenading tourists as they take in the panoramic cityscape for as wide as the eye can see.

It will come as no surprise that the urban landscape is popular during every season of the year. Sensational shopping, a stylish restaurant and bar scene and some of Asia’s best hiking routes cultivates in a perfect blend of East meets West.

Yes, you heard us correctly! For all you hiking junkies looking for a surprising yet compelling fix, Hong Kong and the surrounding islands are the perfect location to offer up your next hit.

We were particularly attracted to Lantau Island having heard from our Chinese teaching colleagues that it houses the famous Big Buddha statue and is a great escape from the hustle and bustle of the city. We were told to check out the Lantau Peak Trail in particular (the second highest peak in Hong Kong) and after only 1 hour of trekking, we were greeted by this sign to the right hand side of the track and our curiosity lead us to take a major deviation off the beaten path. We were later informed that this trail is unofficially titled ‘The Dogs Tooth Ridge Trail” due to its pointed peaks and valleys. 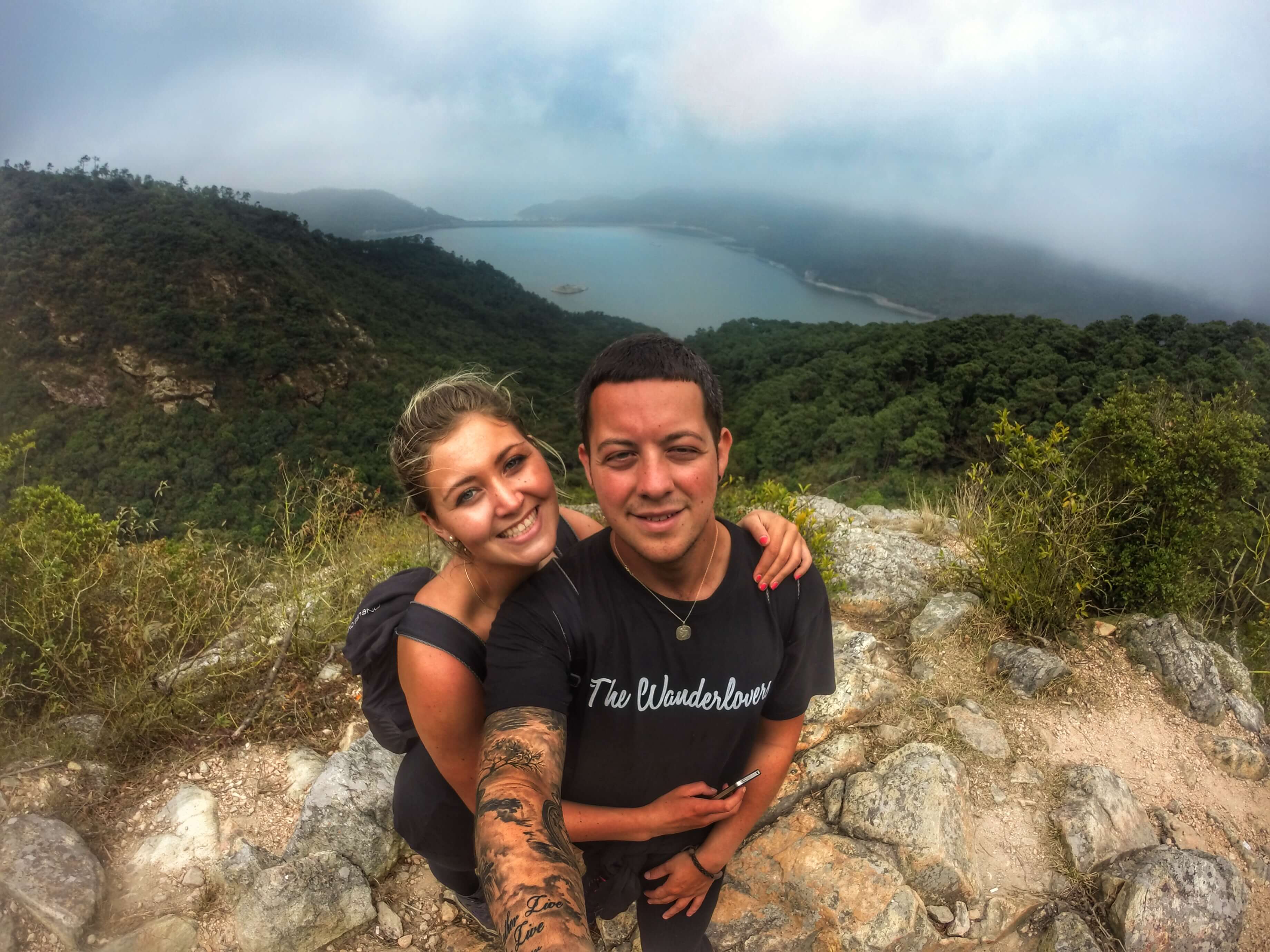 Aptly named, this trail takes you on a twisty, jagged journey on the tight crags lining the precipice of one of the tightly formed mountains. But be warned, this crossing is not for the faint hearted and coming from two adventure seeking souls who have previously taken on the Worlds deadliest trail in China, this must be saying something! We don’t know how we get ourselves into these situations, honestly! For those hikers that like their trails rigorous, rough and relentless and all for the love of the accomplishment from completing the expedition, then this ones for you.

The first 500m see’s you scrambling over rocks and boulders, so it is advisable to bring a pair of gloves, if only we knew beforehand! As you pass along the ridge, the views to behind of Shek Pit reservoir are ones to be savoured. The lush green valley below deepens the higher you climb and the narrow crags of the rock face make for dazzling views along either side of the mountainside, making for one of the most overwhelming hiking sensations we’ve ever experienced. 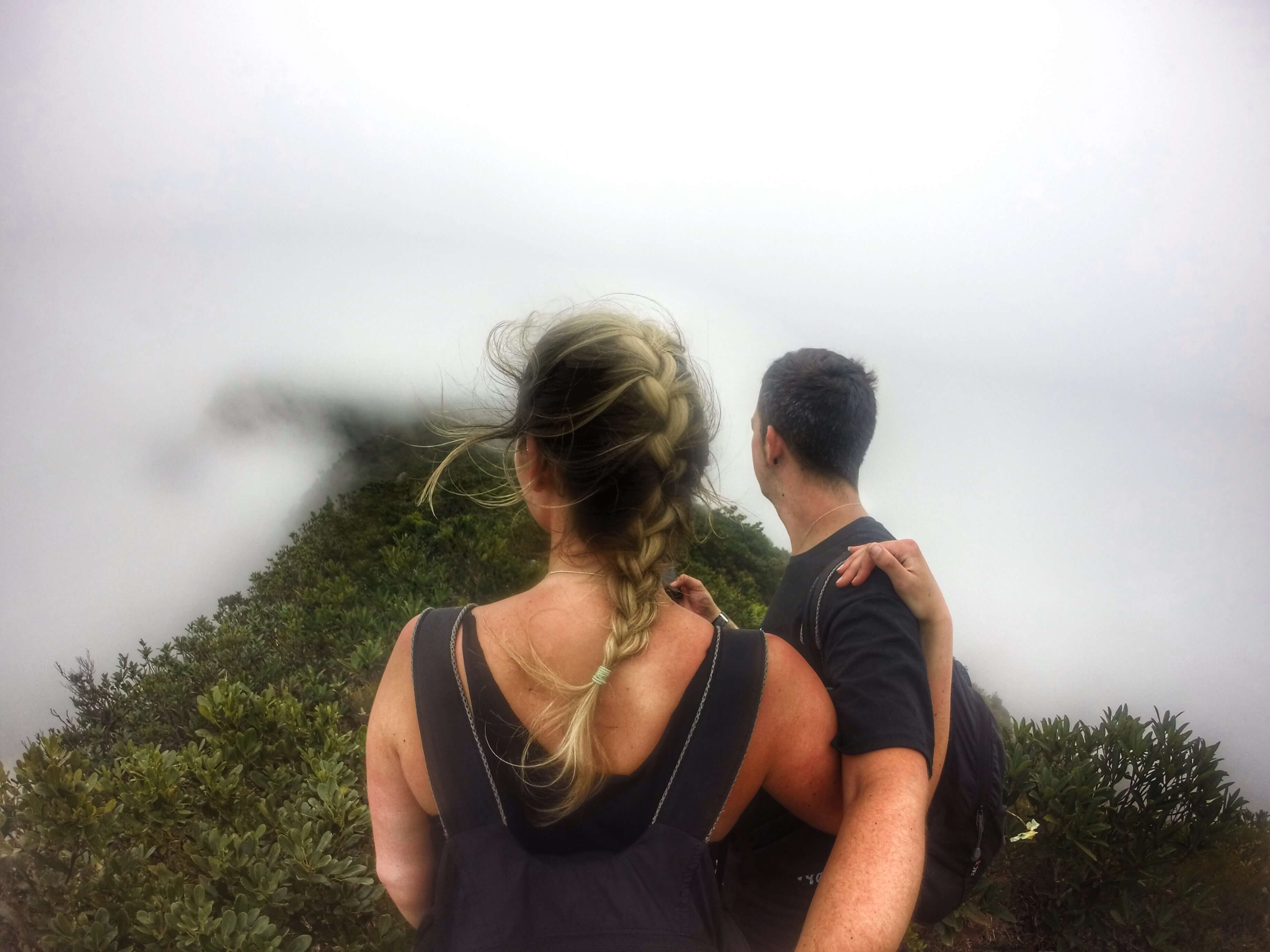 As you scale the ridge further, Lantau’s prize asset will come into view. While most tourists have jumped off their tour bus crammed into the viewpoint square to admire the 34m high Tian Tan Buddha statue, on the trail you are all but a solitary figure peering over the valley, taking in the panorama from above. It really is something to be able to view such a highly populated attraction from the serenity of the mountainside.

As you venture steeper, you will pass one of the trails most difficult endeavors, ‘A Slim Chance Of Survival’, again rather suitably named! This section can be recognized as the trodden path turns into a cliff face with two paths meeting either side. Push through this part of the trail and you will be rewarded with a less strenuous 60 degree climb before rejoining the Lantau Trail at ‘Tsim Chai Au’, standing some 810m high. At this point, you can either turn right and scale Lantau Peak ascending a further 120m, or choose to descend to the left to where you will reach Ngong Ping, the Big Buddha viewpoint and the cable cars to Tung Chung. 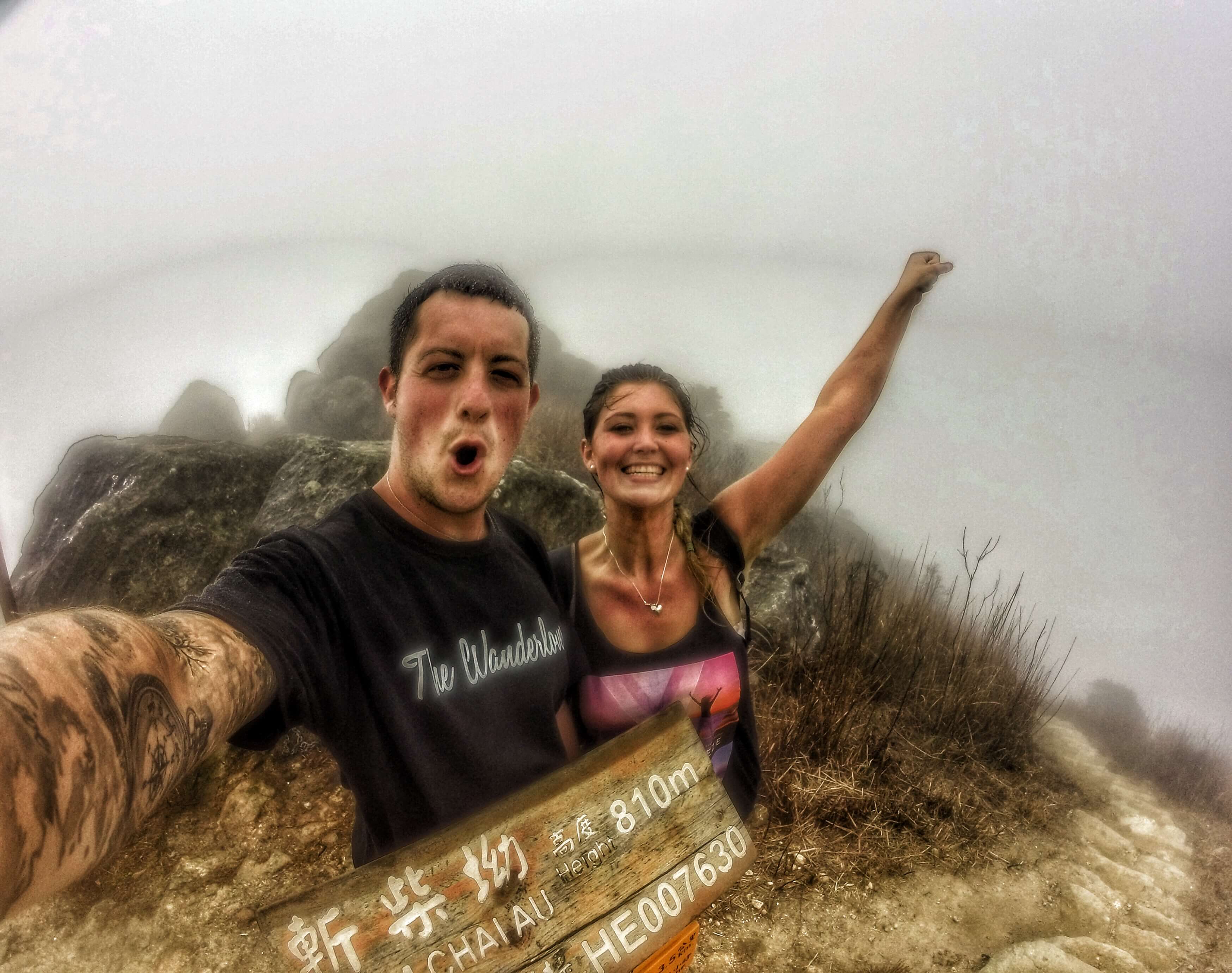 Having completed the trail, we were still looking to add to the day’s adventures. Walking past the tourists that swarmed the Big Buddha, we headed for the main road. Still way above sea level, we marveled at the waves as they lapped at the shore in the distance. We continued down the winding roads towards our next stop, Tai O.

A tiny fishing village located on the west side of the island, Tai O remains untouched by the western world, providing an insight into authentic Hong Kong. The quaint village is one of the last traditional Chinese fishing villages in Hong Kong and it stands proudly on stilts above the South China Sea. Throughout the day, you’ll notice the tide drifting in and out beneath the seemingly make shift homes. 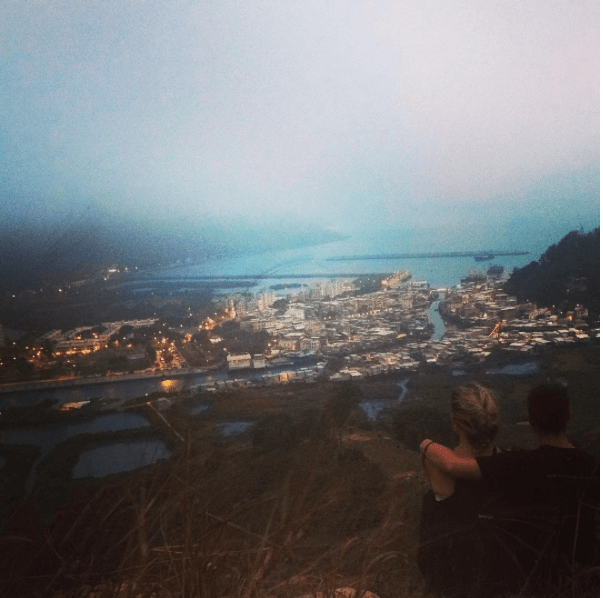 As you stroll through the streets, you’ll first be met by the pungent smell of fish as it hangs to dry outside of the shops, it’s also renowned for its shrimp paste, although we weren’t brave enough to try it for ourselves 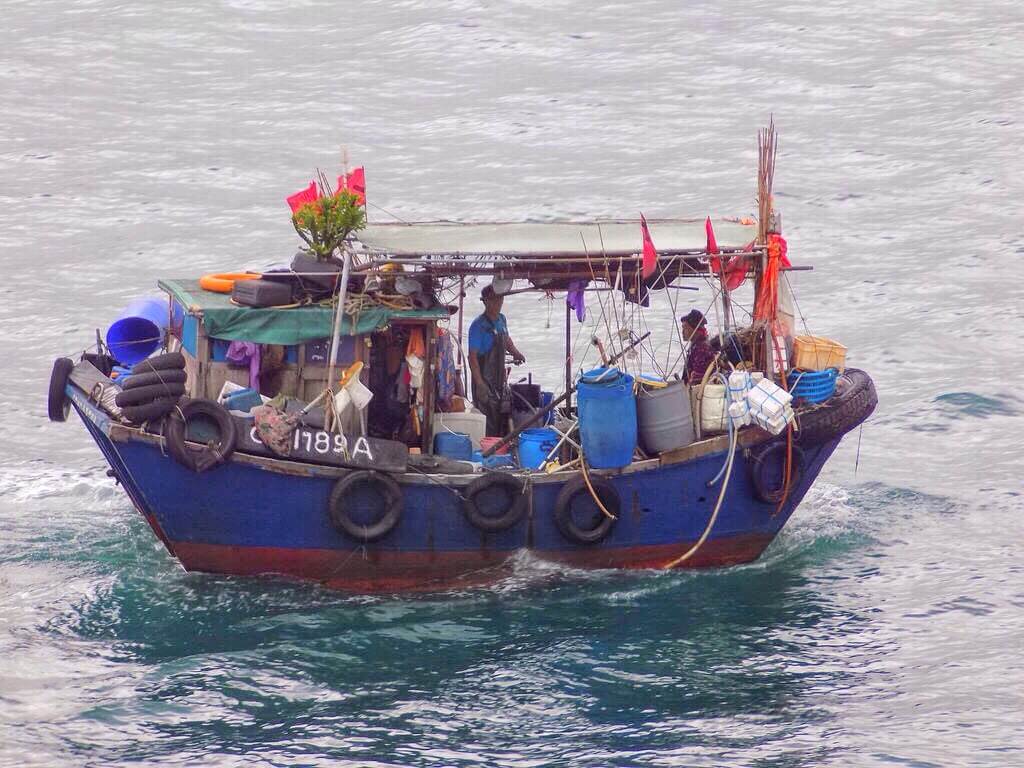 Many of the locals offer boat rides from the harbor for around 20HKD, allowing you to witness an active fishing port as well as admiring the picturesque village from the water. If you’re lucky, you may also catch a glimpse of one of the rare pink dolphins that reside in Tai O’s waters, although we must admit, we were pretty unfortunate! If you fancy being a little more active, you can also rent a kayak and paddle through the blue waters.

How To Get To Dogs Tooth Ridge Trail

From Hong Kong take the MTR to Tung Chung Station.

Take bus number 11 or 23 and get off at Shek Pik police station next to the reservoir.

Walk back the way you have just come for 500m until you see the country park. Go through the metal barrier and follow the path until you cross the bridge about 150m after the gates.

Head up the steps and you’re on the Lantau Peak Trail. Continue walking for an hour and after 3.5km (the distance covered is signposted) you’ll come to the Shek Pik reservoir viewpoint. On your right you will see a red sign telling walkers that there is no entry, this is in fact your starting point and the gateway to Dogs Tooth Ridge Trail. 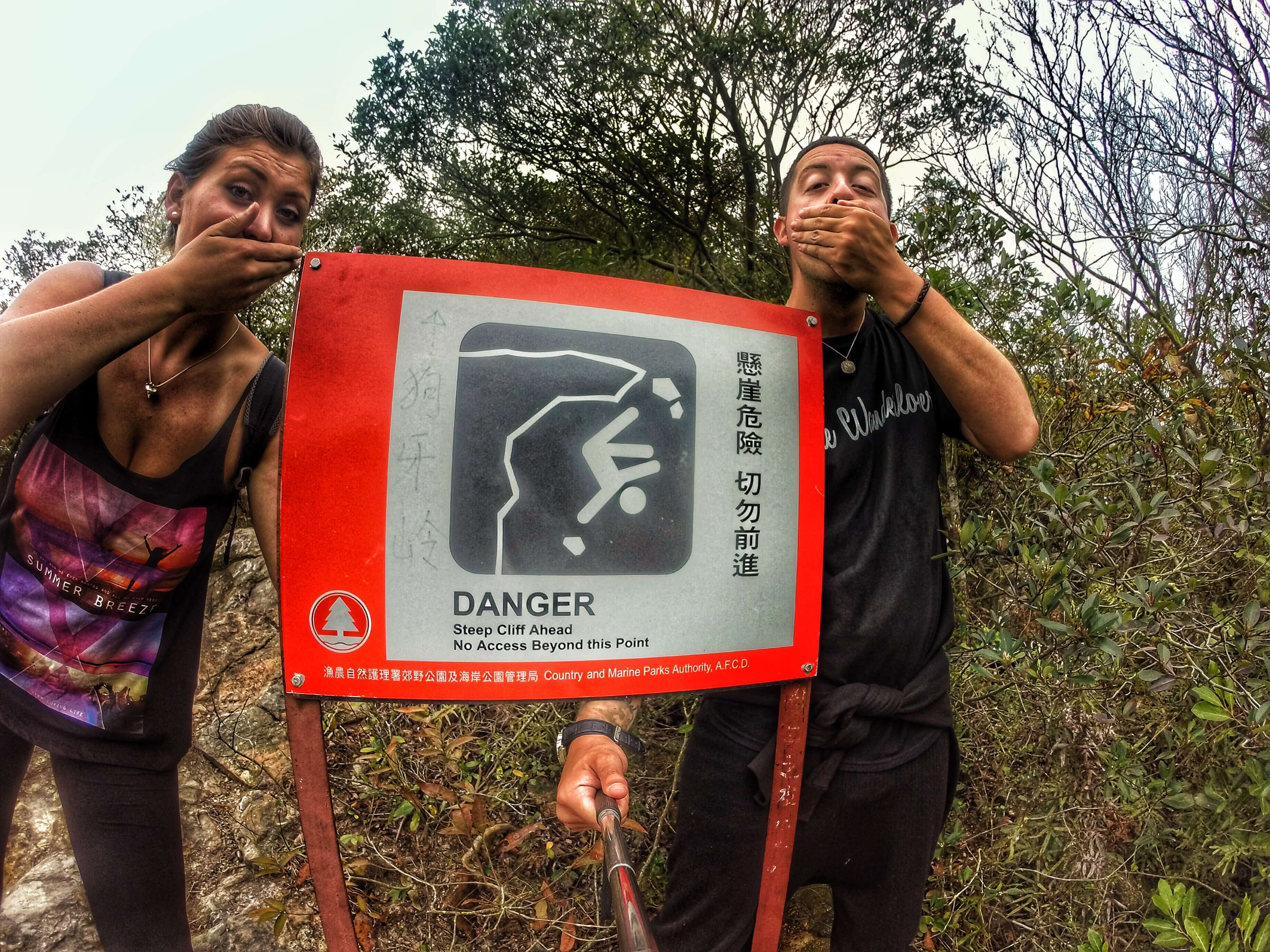 At the end of the trail if you wish to visit Tai O village, you can walk, although this does take a while (and we stupidly made this mistake so you don’t have to), or you can get the bus from outside the Big Buddha statue that will take you straight there!

Lantau Island offers a much needed breather from the luminous delights of the urban landscape and who would of thought that a hiking haven exists outside of the concrete jungle! While the trek is difficult and strenuous at times, the sight and surroundings are unrivalled to any other trail in the area and offers a seriously adrenaline fuelled expedition for those looking for an alternative adventurous trail.

About the Authors: Charlie and Charlotte are the wanderlusting couple behind TheWanderLovers.com. They have swapped their city life in London for an action packed journey across the globe. Hand in hand, they’re taking on one country at a time and creating a life they don’t wish to escape from! Through their couple’s travel and lifestyle blog they hope to inspire future travellers that anything is possible if you just buy that one way ticket … One Life. One Love. Live. Follow the journey on Instagram, Facebook, Flickr and YouTube.

43 shares
« 3-Ingredient DIY Winter Hair Mask
Backpacking Gear: What to Pack and How to Prep »