An African safari is one of those experiences I’ve wanted to have ever since learning that “Z is for zebra” in my early years. Picture books filled my mind with images of what Africa might be like. I imagined a bright, brilliant sun and animals walking around casually, appearing out of nowhere. In the national parks, that was entirely true. It really was the way I’d imagined it as a child.

When visitors travel to southern Africa, most visit Kruger National Park in South Africa, hit Cape Town, and leave without seeing much else. While these two spots are famous for a reason, with great tourist infrastructure and options for all levels of adventure and price ranges suitable for all, I wanted to test out some other places that were a bit lesser known, simply to see what else might be out there. Expedia asked me to think about my favorite in South Africa (which was in the Karoo) for those who seek adventure while they travel and like to do things off the tourist trail. Check out that link if you’re interested in my SA suggestion.

However, it got me thinking about parks elsewhere that I loved. The following are national parks in Namibia, Botswana, and Zambia, all of which have amazing campgrounds nearby, fewer tourists, and impressive animal sightings. If you’re like me and you’ve been wanting to see these animals since childhood like I did, they won’t disappoint:

Namibia was good. It was so, so very good. Every time I think back on it, I feel the warm desert heat again and remember jumping out of planes, climbing sand dunes and boarding back down them, seeing some of the most iconic scenery in the world, gazing at the night sky and finding a full Milky Way of stars, and I feel so happy to have experienced it.

My last stop in Namibia was Etosha National Park, which was incorporated in 1907 and spans 8,600 square miles (22,270 square kilometers). Since the park is partially a massive salt pan and experiences low rainfall – it is a desert, after all — animal spotting is a bit more likely.

Taking our own truck through the park, we spotted the normal zebra and springbok that I had seen in South Africa, but then spotted a few things I hadn’t seen there before: two black rhinos, a male lion with a full mane, and a honey badger. That’s right, a honey badger, easily the most badass animal, like, ever.

Rhinos are less and less common to see on safari these days due to illegal poaching which has put them at critically endangered numbers. The horns are believed by certain nationalities to promote vitality and power when ground up into a powder, and therefore the illegal trade of their horns has put them at severe risk of extinction. Even Prince Harry is highly concerned about it.

Etosha is one of the parks where it’s still possible to see one, and we were particularly lucky to see two during our visit.

Do it yourself: Rent a vehicle or camper and camp at Okaukuejo Rest Camp within the park limits. It has a watering hole that draws in game at night, including rhinos and elephants.

Cruising along the Zambezi River for a few hours around sunset remains a favorite memory of mine from Botswana. There were more elephants than I could count, along with buffalo, hippos, and crocodiles everywhere.

Even though the movie, the Lion King, is set in Kenya, it seemed like every animal in the movie was present and that it could easily have been set in Botswana, along with the brilliant setting sun, appearing bigger than I’d ever seen it before.

Do it yourself: The closest town to the park is Kasane with lots of camping options. I wasn’t a huge fan of the management at my camp and will therefore not recommend them by name. However, I would recommend the company I went with on safari through Namibia, Botswana, Zambia (and beyond) – here’s my exact booking with Acacia Africa.

The South Luangwa National Park was my final safari in Africa and a great way to finish off the string of wildlife sightings. The camp I stayed at regularly had elephants wandering by the pool and hippos bellowing in the waters nearby. It was important that we shined a flashlight and looked around before exiting the tents at night – that’s how prevalent the wildlife was!

While on safari in the park I finally saw a leopard, a hippo with an open mouth (yawning I think?), and rarest of all, wild dogs.

Do it yourself: Camp at the Wildlife Camp, which can organize a safari for you through the park where private vehicles are not permitted. Sunset is the best time to drive through, but bring along glasses and a jacket as the insects at night are plentiful and the vehicle is open-air

*Thanks Expedia for inspiring this post, and thanks Southern Africa for being completely mind blowing 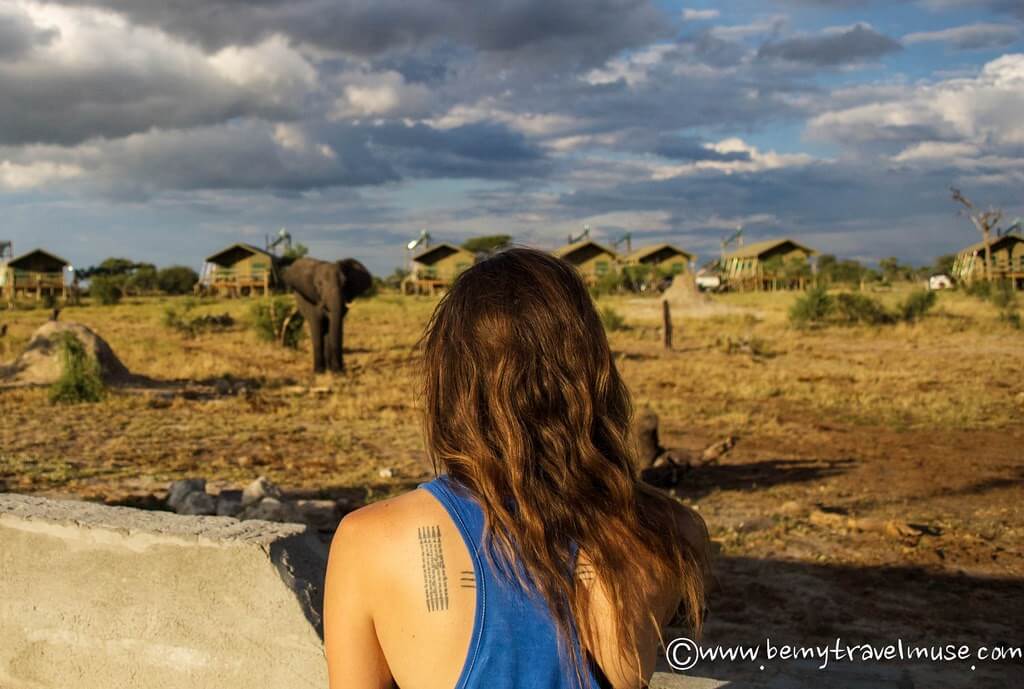