When I think about some of the most interesting and unique things to do in Berlin, regardless of weather or time of year, Tempelhof comes to mind.

It’s an old airport right in the city that has a fascinating history. What began as one of the busiest airports in Europe soon became a lifeline to West Berlin during the years that the city was divided, and these days it truly embodies the spirit of Berlin – repurposing something old into something quirky and cool.

“Berlin is a pioneer in re-using buildings that were left over after the division of the city,” Tempelhof Projekt chief Gerhard W. Steindorf says.

When the weather is fine, Tempelhof is a 300-hectare public space perfect for summer BBQs, kite surfing, and taking a stroll through the past.

The grounds are free to enjoy though the airport itself is also worth checking out, which can only be done on a guided tour these days.

It’s a treat for lovers of history. It feels stuck in time. 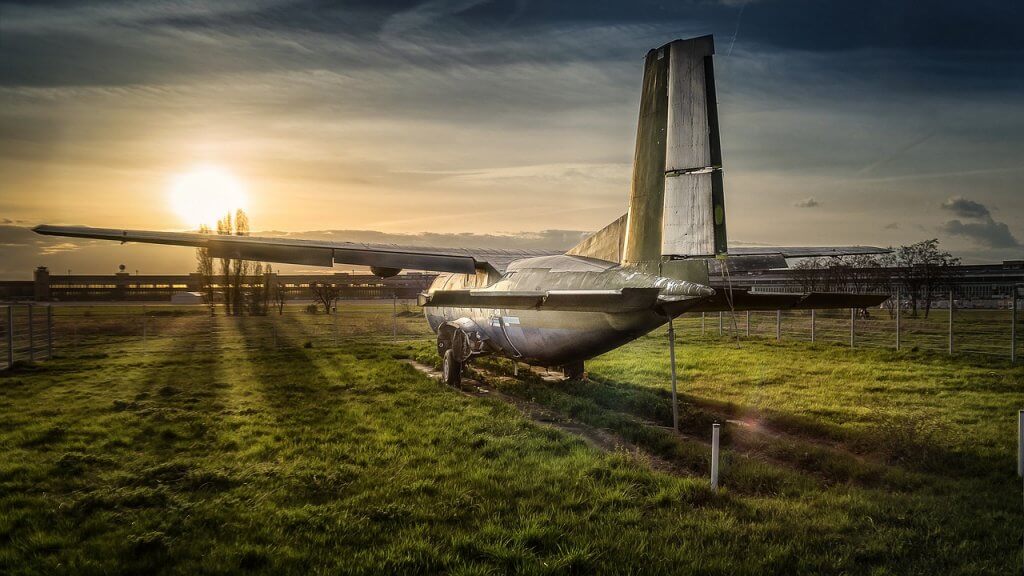 In the early 1920s, Tempelhofer Feld was a parade ground for troops on weekdays, and a leisure park on the weekends. The gigantic site was also used to test some of the first aircrafts in the world, and in the 1930s, it welcomed more passengers than any other airport in Europe.

When the Nazis came into power in 1933, it did not take long for them to take over the airport and turn it into a concentration camp that housed journalists, politicians, prominent Jews, communists, lawmakers, homosexuals and any other “undesirables”.

Hitler commissioned architect Ernst Sagebiel to design the airport in monumental Nazi style. The airport was never completed, but today, you can still see traces of what was installed at the site, including a reinforced concrete skeleton, and red scorch marks from the fire that took place at the end of the war on top of the window frames. Because of its enormous size, it was cited as the “mother of all modern airports.”

It’s also where Lufthansa was founded. 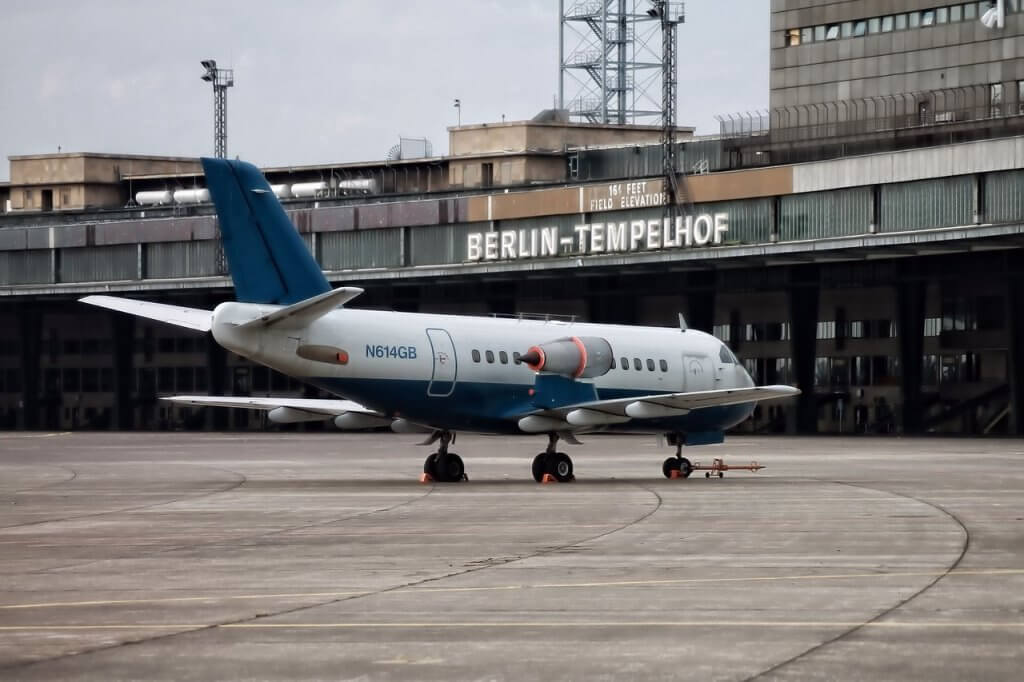 The Tempelhof airport played a significant role in Berlin’s separation. During WWII, when bombs fell on Berlin, people fled to the air-raid shelters in the airport. The airport was also converted into a combat aircraft and weapon making factory.

Shortly after the war, Germany’s defeat led to a division of Soviet, American, British, and French zones of occupation. This eventually segued into a Western and an Eastern, Soviet-occupied, sector, thereby contributing to the Cold War division of Europe. At that time, much of Berlin was nothing but rubble – more than 600,000 apartments were destroyed, and only half of the city’s original population remained.

Failing to come to an agreement on the country’s reunification, the Soviets blocked all road access between West Germany and West Berlin, essentially cutting off the occupation zone from the American, British, and French. The United States supplied West Berlin entirely by air over the next year, landing planes at Tempelhof filled with necessities for the people, until the Soviets lifted the blockade and allowed supply overland once again.

While normal contact resumed, the zone was still cut off from its Western counterpart, and basically reduced to a Soviet satellite. Thousands of East Germans began fleeing to West Germany to look for better opportunities on a daily basis. At that point, Tempelhofer Airport was the main departure point for the East Germans, until the infamous Berlin Wall was built overnight on 13 August, 1961, and officially separated Western and Eastern Berlin. 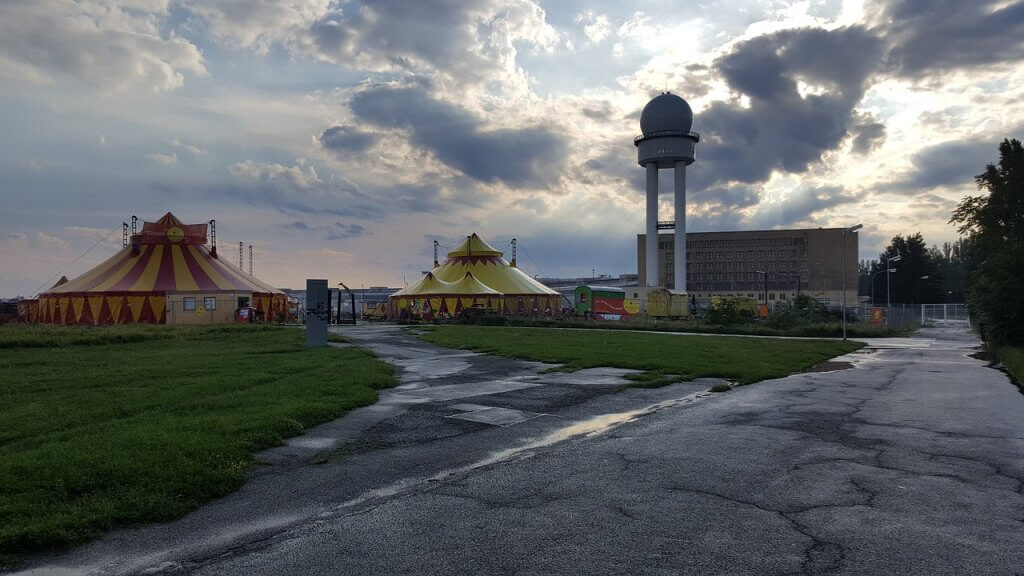 What was once Germany’s busiest airport is now one of the largest public spaces in Europe. The airport was closed to air traffic in 2008 and today, visitors fascinated by the airport’s history fill the park, which is now named Tempelhofer Freiheit, or Tempelhofer Freedom, though everyone just calls it Tempelhofer Feld.

For the most part, it’s a hangout now where locals have summer BBQs, and people fly kites, or wind surf on the old tarmac. It’s pretty cool, actually, to be walking through a city, to happen upon an old airport, and to see someone with a kite cruising down the asphalt just like planes did back in the day. 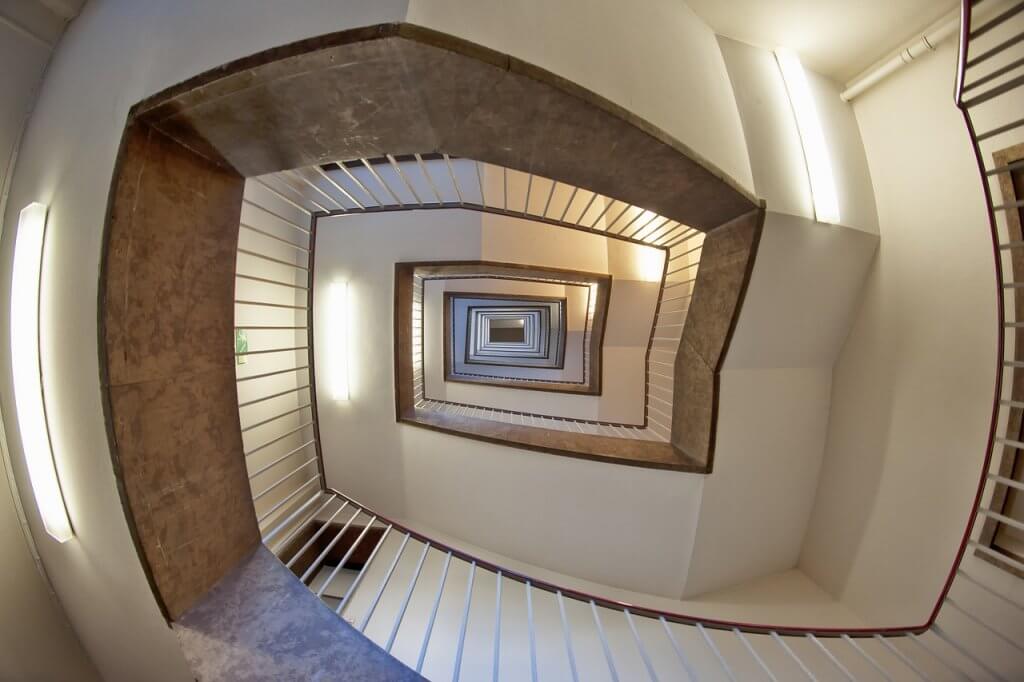 It’s also still possible to go inside the old airport, which appears stuck in time. You can sit on the conveyer belts, step behind the check-in counters, walk down the old staircases and into the various rooms of the airport, all of which is still decorated in the old style. It really does feel frozen in time.

Tours take place in English periodically throughout the week, which you can book here.

This is one of many weird and amazing things in the city of Berlin, where something old and something new seem to spring up all the time.

For more amazing things to do here, check out my full guide on what to do, eat, see, and where to stay in Berlin, and if you like stuff like this, be sure to check out Teufelsberg too, a street artist’s playground.