I went to Italy to eat.

That’s right, I flew back to Bologna after a year of painful separation for the sole purpose of eating as much as possible, at as many local producers as possible, while trying the biggest variety of foods possible in one week’s time.

Italy has many beautiful historical churches and buildings, it’s true. Italy has a stunning countryside and magical islands and beaches – all facts. Italy is also full of really cool people, and I’m privileged to have wonderful friends there. But my reasoning for returning, above all, trumping all else, is Italian food.

In particular, my favorite region for feasting is Emilia Romagna. Even the name sounds delicious. Nearly all of my Italian friends agree that it’s the best region for food in all of Italy (coincidentally they happen to also be from Emilia Romagna, but that is neither here nor there).

Emilia Romagna is special to me because it’s the first place where I started to really appreciate the importance of food. It’s where I realized how much the culture, the family unit, and the way a town, city, or nation functions all have a lot do with the cultivation, taste, and consumption of food. It was during a 5-hour impromptu lunch with a couple in the tiny town of Vignola last year, where the entire meal was crafted from either the family’s own garden or neighbor’s dairy and wine cask, that this became apparent to me.

Ever since, I’ve realized that almost all of my conversations turn to food.

“Oh you’ve been to Chiang Mai? Did you eat khao soi?”

“You went to Vietnam? Omigawd the FOOD is heaven in Vietnam!”

Or when asked what I miss about home, Mexican food always makes it into my top five.

I arrived in Bologna by chance as the Mortadella festival was under way. Yes, a festival completely centered around heat-cured finely hashed pork meat, with cubes of neck fat. I tried mortadella in every way imaginable, including as a dessert (the first two courses were great but I’m sorry mortadella, you and dessert are not meant to be together).

I also made delicious mortadella, parmesan, and potato pasta for the second time there, with many folks watching, and fared much better than my first futile attempt. Special thanks to the photographer who kept coming over to give me a thumbs up for the essential moral support.

Simon, who joined me for the pasta making, documented the recipe perfectly if you’d like to try it at home.

Now, I’m not really a fan of most cheese, but parmesan is completely different. I am addicted.

The salty, crumbly goodness of it makes up for cheese’s usual shortcomings of oiliness, gooeyness, and boringness.

It’s pretty crazy to see everything that goes into the making of parmesan, from the muscle that goes into draining the moisture, to the resting, to the salt bath, the sauna, the aging, and eventual cutting and selling. (Sidenote: Did you know the round center piece, which is almost never for sale, is the best part? It’s the “heart” of the cheese).

I learned the white spots on the cheese are actually salt deposits, which is a relief because I had honestly always wondered and hoped it wasn’t mold. I also tasted cheeses of several different ages and determined that 24 months is my favorite (there are also 12 and 36 months, etc.).

The bonus is anyone can book this hour-long factory exploration and tasting at 4 Madonne Caseificio dell’Emilia in Modena for €5 – and if nobody else books that day, then your guide becomes a private one. Pretty cool! Contact them here.

Another salubrious reason to visit this region of Italy is the fine wine. It comes in so many varieties and blends – I feel like I’m always trying and falling in love with something new.

This was my third visit to a Lambrusco (sparkling red wine) producer and each time they’ve been pretty different, in size, process, and atmosphere.

I was surprised, I don’t know why, to find out that the bubbles in Lambrusco are created from the yeast in the wine eating sugars and giving off CO2 as a byproduct, just like with the beer I used to brew at home. I hadn’t imagined the two were made in the same way. Armed with that knowledge, drink up!

There are so many things in this world that balsamic vinegar can improve drastically – salad,  bread, meat, strawberries, etc.

Before I knew any better, I assumed the only way to get nice, thick balsamic was to reduce it in a pan. Little did I know that aged balsamic is much thicker and has a really unique flavor to it at each stage in the aging process, which can take up to 25+ years. This was my second visit to a balsamic producer but like the Lambrusco producers, both had their own flair.

The best part of Acetaia Paltrinieri’s tour is that it can end with a feast featuring course after course of balsamic-enriched goodness.

It’s also shockingly reasonable in price at €25 per person for wine and several courses, including dessert. Contact them to book. I will bring my mother back here.

It’s also possible to tour a prosciutto producer if you wish, which we did, but I didn’t take all that many photos of it because I have this feeling that you might not be interested in seeing a bunch of meat hanging on the wall. However, for those of you who feel cheated by the absence of a pig thigh visual, here’s some pork lard and bread.

Yes, I ate it and yes, it’s amazing and even better than butter.

As a closing note, I feel I’ve also found the two best gelato spots in Bologna. I’m open to a debate on this, but I think it’s between Castiglione and Cremeria Funivia (both links lead to their respective locations on Google maps). Try them both and please report your findings.

Thanks, Emilia Romagna, for reminding me of why I keep coming back.

Now I need to know, where’s your favorite foodie destination in the world?

*This post comes to you via a collaboration with Tourism Emilia Romagna who initially introduced me to ER a year ago. I returned and was delighted to spend the day exploring with them again. All opinions are a result of copious delicious food and wine. 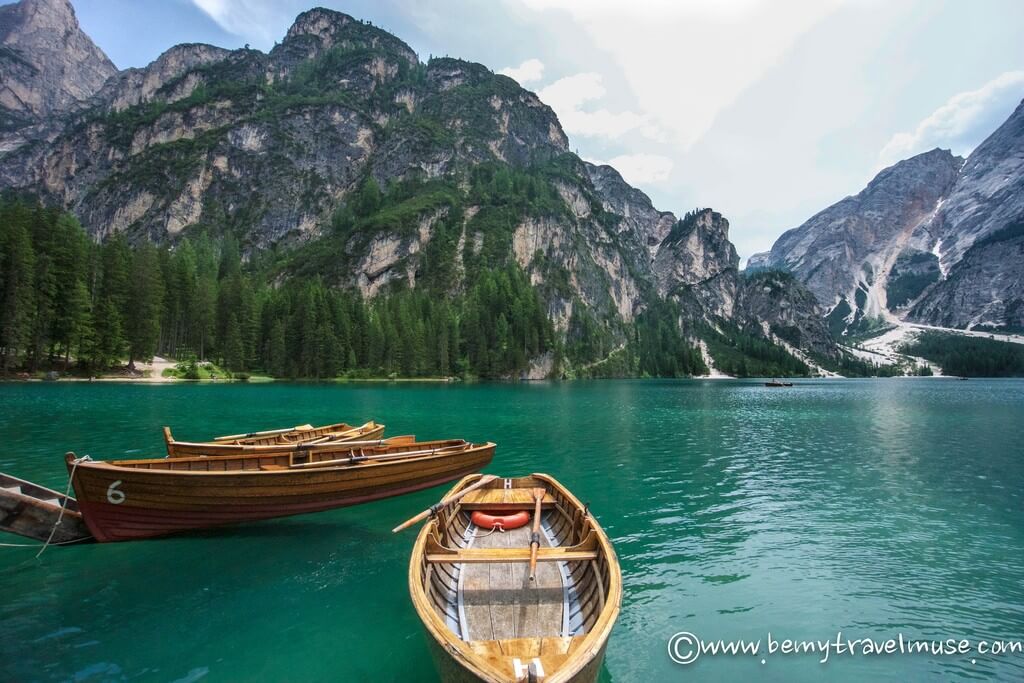 Italy
5 shares
« 24 Things to Do With 24 Hours in Malta
Discovering Via Ferrata in South Tyrol, Italy »