What is a 10-day silent meditation retreat, why the heck would anyone do it, and where do you find them?

People at all stages of life meditate and feel called to attend a retreat. It doesn’t have to be at a crossroads or for any particular reason, it might just be the elixir to put you back on a healthy path. That was my hope when I went into it, and in this post I share my experience, why I went to one in the first place, and resources on how you can experience it too, if you wish.

It all began in Thailand when I hit a low point.

Four months into the solo trip of a lifetime that I’d saved, dreamed and given up everything for, I crashed down hard, metaphorically, and was left mystified. The first few weeks, I couldn’t imagine that anything was better than life on the road. It felt so carefree, enriching, and stimulating. But what went up, came down.

Long story short, girl met boy, boy went back home while girl stayed on the road, and the relationship hit the skids. Plus I thought that all the personal problems that I’d left behind when I quit my old job and ended my old lease would just evaporate, but they didn’t. Could a meditation retreat fix me?

What is Buddhism About? 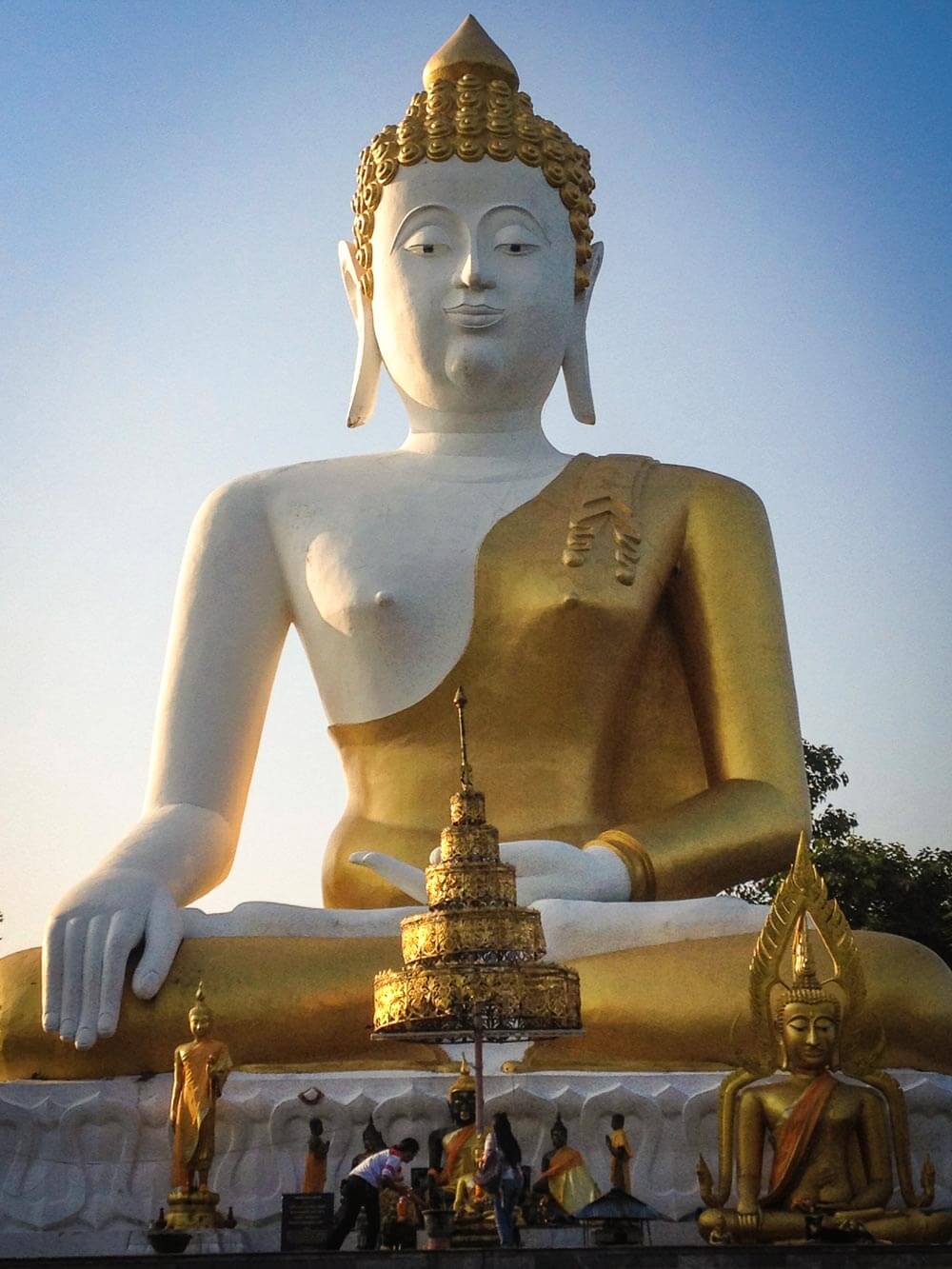 Silent meditation retreats are based on the Buddha’s teachings about life and suffering.

What does that mean?

We constantly take ourselves out of the present moment and look to external things for satisfaction. We buy things to feel better, because we want things to be different than they are. It’s a common idea that a relationship, better car, better house etc. will make people happier. Advertising is great at keeping us on this wheel. Simultaneously, we crave for things to stay the same. To stay looking younger, to keep children sweet and obedient, or to keep a relationship in its honeymoon phase. It’s not often that we’re completely in the present moment, unencumbered by worries about the future or the past.

If you’d like to read more, a friend of mine recommended the book, What Makes You Not a Buddhist to me when I began my exploration. She’s a scientist and atheist, so I knew this wouldn’t be some kind of conversion or preachy book. Trusting her, I read it, and it felt like something I’d always known to be true but hadn’t realized was an ancient belief system predating Christianity.

Without at least a basic knowledge of Buddhism’s teachings, some retreats can be difficult. The one I did had very little ‘hand-holding’, while others have a bit more. While the book can give you a great introduction, the retreat is where you put it all to work. 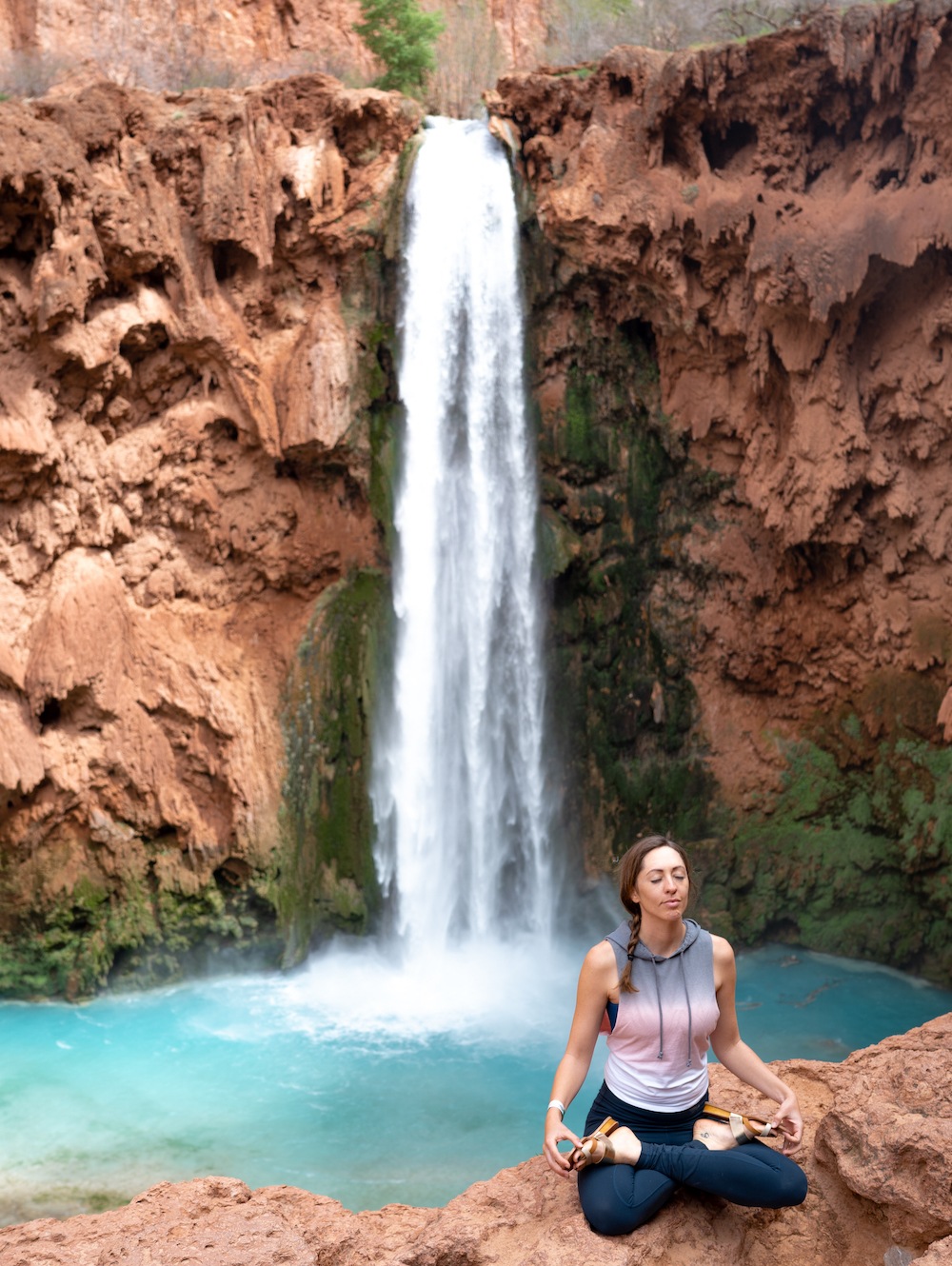 That all sounded good to me, and I wanted more. I started looking for meditation retreats in Southeast Asia on Dhamma.org, because it’s what came up first on Google, and happened upon Wat Suan Mokkh. The next 10-day silent Vipassana retreat would take place just a few days later, beginning on New Year’s Eve.

The thing is, I’d never actually tried meditation before. I had no real grasp on what I was committing to, and even if I had practiced meditation, nothing could have prepared me for the moments of heaven and hell that I was about to experience. Meditating for five minutes and meditating for 240 hours are, perhaps, the same game but one is Pop Warner and one is the Super Bowl, if I may use a sports analogy.

What I also didn’t know is that Wat Suan Mokkh’s approach is quite traditional, which is to say strict, with little to no comforts. We were sleeping on concrete, with a wooden ‘pillow’, and going down to only one meal per day by the end. As is typical of Vipassana, a meditation style developed in neighboring Myanmar, we only slept for six hours per night. We had to turn in our electronics and were not allowed to read, write, exercise, or wear makeup and perfume. This is how Buddhist monks and nuns often live, and we were to emulate them.

The meditation took place in an open air hall on raked sand. My twice-daily chore was to rake the sand in the hall, which was pretty lucky considering some people had to clean toilets. 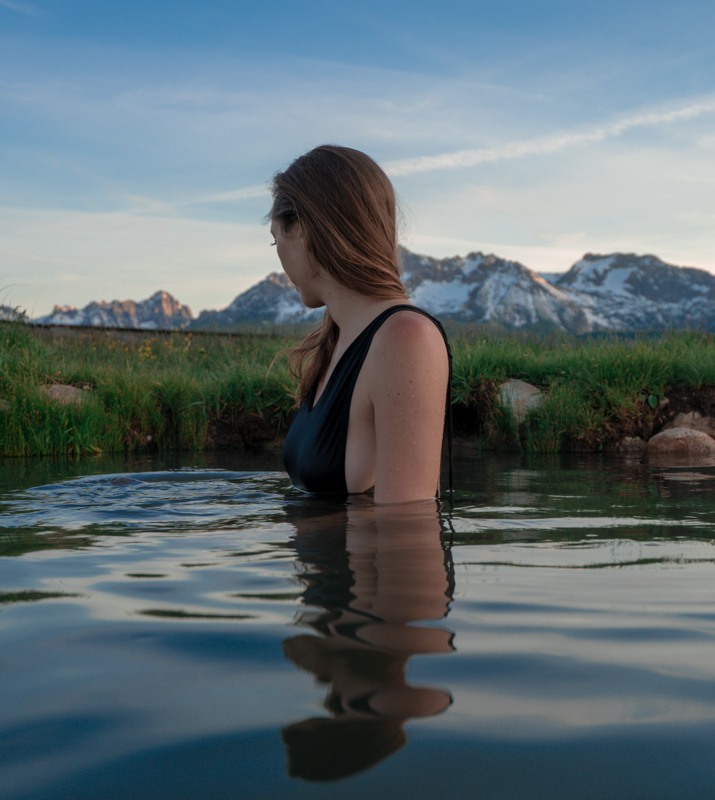 Did it fix me? Well, I spent the first few days hating almost every moment. I saw people begin to drop like flies, leaving en masse. It’s hard to sleep on concrete, but it’s even harder to be stuck with your thoughts without distractions. It wasn’t until I sat in that meditation hall, silent for 18 waking hours per day, that I realized what a dick my mind is.

It would just obsess. Obsess over people, obsess over things that happened long ago, or things that might happen in the future. I couldn’t believe how repetitive it was. My impression back then was that to successfully meditate you had to be free from thought. Now I understand that the thoughts will be there, but the aim is to not get carried away or identify with them.

I found myself getting frustrated at times. The Thai monk in charge would just repeat, “not me, not mine,” and I didn’t understand what that meant. Then somewhere around day 8, I realized that he meant my mind was just a part of the larger human consciousness.

This isn’t just a Buddhist principle. According to Nobel Prize-winning physicist Erwin Schrödinger, “ Their multiplicity is only apparent, in truth there is only one mind.”

I’ve also since learned about something called the negativity bias, which states that human consciousness evolved to survive in the face of danger. Back when there were sabertooth tigers, that was imperative. But nowadays that negativity bias still plagues us even though there is no tiger hiding in the bush in Central Park. This bias is inherent to us and was handed down from generations ago.

How can we ever be sure of who we are? We can’t simply be what we do for a living, because as soon as that changes, does that mean we don’t exist anymore? It can’t be where we’re from, because modern culture didn’t even exist until a few hundred years ago. It’s a false identity. The masks we wear are for the most part conditioned and adopted.

Most people are completely run by their minds and have no idea. Most people never stop to examine and question their thoughts. What if meditation could put an end to all that?

Meditation is about not letting our thoughts control our lives.

It’s about flipping our emotions and thoughts on their head, examining them and questioning if they really deserve to take center stage. In these moments of silence, I can better see my truth.

As the Director of Brand Relations here at BMTM described it, having been to the same monastery (which is actually how she found me!), “It was after the silent meditation retreat that I finally had the chance to look inside me and try to understand who exactly this person is. I walked out of the retreat feeling like a newborn, yet with an understanding that my past will always be a part of my life story, and I want to embrace it and give it love.”

There are many different ways that meditation retreats are carried out. A typical Vipassana retreat will be a minimum of 10 days, while some go for 6 months. A traditional center will be donation-based, although you’ll see plenty of options all around the world that are upscale and quite expensive, like the famous Spirit Rock in California.

For a traditional approach that follows the format I described, with varying degrees of comfort, worldwide centers are listed here. These should all be donation-based.

There are other options if you’d like a gentler, less silent approach:

Since Wat Suan Mokkh, I’ve done another silent meditation retreat at the New Life Foundation in Chiang Rai, which I heard about through word of mouth, that was much gentler. We had three meals per day, no chores, and a very soft and comfy bed to sleep in each night. Our meditation teacher was from the US and spent a good portion of each morning explaining techniques – something that was missing from my previous experience. I had to pay for my lodging plus make a donation – the room was around $360 for the 5 days plus I gave a self-chosen $200 donation to the teacher.

I can see the benefit of Suan Mokkh – you’re meant to break down all barriers and to go right to your edge. You’re supposed to find your own way, but I think this is why so many people left early. It’s what I would call tough love.

Whatever you choose, remember that meditating in silence without being able to communicate, listen to music, exercise on your own terms, read, or write is intense. But if you can surrender, you’ll learn something. Will it be a cure-all for all of life’s problems? Nothing is, and 10 days won’t fundamentally change who you are, but it can be a catalyst, and an effective remedy for our ego trips if we keep practicing.

In the coming weeks, I’ll be diving more into the spiritual side of traveling, including Tantra, more retreats around the world worth checking out, and more spiritual practices that are life-changing. See you next Sunday.

254 shares
« How FLYTE Empowers Underserved Youth to See the World
What is Tantra? How this Ancient Tradition Can Empower Women (and Men) »