I admit it, I didn’t have the best impression of Nevada up until recent years.

Sure, it was my playground for Burning Man and in my 20s, Las Vegas, but otherwise I viewed it as a desolate desert state.

I’ve since made Nevada my home and learned that I was wrong.

It turns out that Nevada is the most mountainous state in the lower 48 and has the highest percentage of public land of any state in the US. That means a whole lot of adventures without many people.

Enter Great Basin National Park, one of the least-visited national parks but in my opinion, one of the most impressive for stargazing, tree hugging, glacier views, and challenging hikes.

Thinking of stopping by? These are the best things to do with 48 hours in Great Basin National Park:

Day One: The Alpine Lakes, Bristlecone Pine, and Glacier Loop

When it comes to choosing a hike in Great Basin National Park, you’re relieved of the burden of choice since there are only a few major trails.

First you’ll need to drive all the way up the mountain, nearly 5000 feet to the parking lot at the end of Wheeler Peak Scenic Drive.

There are several trailheads there, most of which connect with each other. You could just do the Alpine Lakes or the Bristlecone Pine, but I recommend doing the entire loop and hiking all the way to the last remaining glacier in Nevada.

What I find the most amazing are the bristlecone pine trees, the oldest living organism on planet Earth, the oldest of which clocks in at nearly 5000 years old!

That is older than the pyramids of Giza, almost every modern religion, and honestly almost everything else I can’t even think of other than the glaciers and mountains themselves.

The trees are quite a unique, wide shape and twist in beautiful and, dare I say spooky, shapes.

There are interpretive signs all along the loop that will further describe the trees to you, so I won’t ruin it all for you here, but suffice to say no visit to Great Basin National Park could be considered complete without seeing these incredible trees.

It’s entirely possible to do this entire loop, which tops out at about 7 miles, and the Lehman Caves in one day. The caves can only be visited as part of a guided ranger tour, however they were closed at the time that I visited due to COVID-19.

Keep in mind that you are at elevation, which will make the hikes much harder, especially if you are used to sea level. That said, the The Bristlecone Pine Trail and the Alpine Lakes Loop Trail are fairly gradual and barring any physical limitations, are doable in a few hours.

This is the perfect way to acclimate to the big daddy hike, Wheeler Peak!

I hadn’t realized until after completing the hike that Wheeler Peak is the second highest mountain in Nevada at 13,065 feet, or just under 4000 meters.

The kicker is that the hike includes a gain of 3000 feet over just 3 miles, making it almost entirely uphill. This might not be a big deal if it weren’t for the altitude making each step ever more difficult.

When I completed the hike at the end of June, there was still snow at the very top, making the last 500 feet or so pretty hairy. It involved a lot of hand and foot scrambling on my part and many people turned around before reaching the end. Even if you only hike part way, though, you will be rewarded with amazing views the entire time.

I also highly recommend grabbing a walking stick from one of the many fallen tree branches you will find along the trail (and leaving it there once you’re done), or bringing your own hiking poles, as much of the trail is scree and boulders and can be unstable. It’s also quite common to experience high winds. There were 30 mph gusts at my side throughout most of the hike on the day that I went despite low winds elsewhere in the area.

You can also camp at the top of Wheeler Peak, though I would only recommend it if you’re truly prepared for any kind of weather including heavy wind. Unfortunately most weather reports I checked were incorrect throughout the entire 48 hour period that I visited, mostly because the mountain peak has its own weather and it changes rapidly.

That said, there are some wind shelters built out of rocks along the trail, so assuming you can get into one of those, it will make your night that much more enjoyable. I can only imagine how amazing the sun rise is from atop Wheeler!

Registration for backcountry camping is voluntary, however the park strongly recommends that you do register so that should anything happen, they know your whereabouts. You can read more about backcountry guidelines here.

With exception of Snake Creek Campground which is free, all of the campsites are first come, first serve and are $15 per night payable with cash or credit card.

Keep in mind that trailers are not allowed up the Wheeler Peak Scenic Drive meaning that Wheeler Peak campground, which is closed for the entire 2020 season anyway, would not be an option if towing.

The Town of Baker:

I stayed at the one and only available Airbnb in the town of Baker, near the base of Wheeler Peak in a converted Airstream (not the cute kind). I’m pretty sure it was constructed sometime in the 70s, if not earlier, and while it’s not exactly a five-star hotel, I adored it and tend to like Airbnbs so that I can cook my own food.

That said, there is a motel, Stargazer Inn, in town and at the time of this writing, one open restaurant with limited hours called Kerouac’s. If you’re a fan of the writer, you’ll probably delight in the items like the dharma bum burger. I can report that it’s a pretty good restaurant, though it does have limited hours. You can find out more here.

All of that said, the word ‘town’ can only be used loosely when referring to Baker, which has only about 65 residents. It’s a quirky spot and if you plan on spending much time in Great Basin National Park and would rather not camp, I absolutely recommend it over staying in Ely and driving in each day.

Getting to Great Basin National Park:

The best way to describe Great Basin National Park’s location is ‘truly the middle of nowhere’. The nearest big town is Ely, which is about an hour away. The best option in my opinion is to stay in Baker or in one of the campsites in the national park.

Keep in mind that the Wheeler Park Scenic Drive, the same road that will take you to all of the hiking trails, is narrow, winding, and full of animals. On my three drives up and down I encountered dozens of jackrabbits, eight dear, and a fox! None of it was a big deal since we were driving slow and were hyper aware. Just make sure that you do the same when driving up or down the scenic road. Note that it’s closed in the winter months.

There are several pullouts along the road where you can get out and look at the beautiful views, including the Mather Overlook, which is pretty well situated for both the sunrise and the sunset.

Although Great Basin National Park is one of the least visited national parks, parking is limited and the best way to make sure you can actually get a spot is either to go very early, or my tactic was to go later in the afternoon so that I could catch the sunset and stars. Arriving between 10 and noon might make for some difficult parking. Note that parking along the side of the road can result in tickets. I saw a few on some dashboards and not others, and was unable to figure out why some were ticketed and some were not.

However you choose to spend your 48 hours in Great Basin National Park, be prepared for a unique experience without the millions of people that Yosemite or Zion National Park welcome each year. Please stay on trails, even to pass others, and respect the wilderness. Enjoy, and let me know how your experience goes! 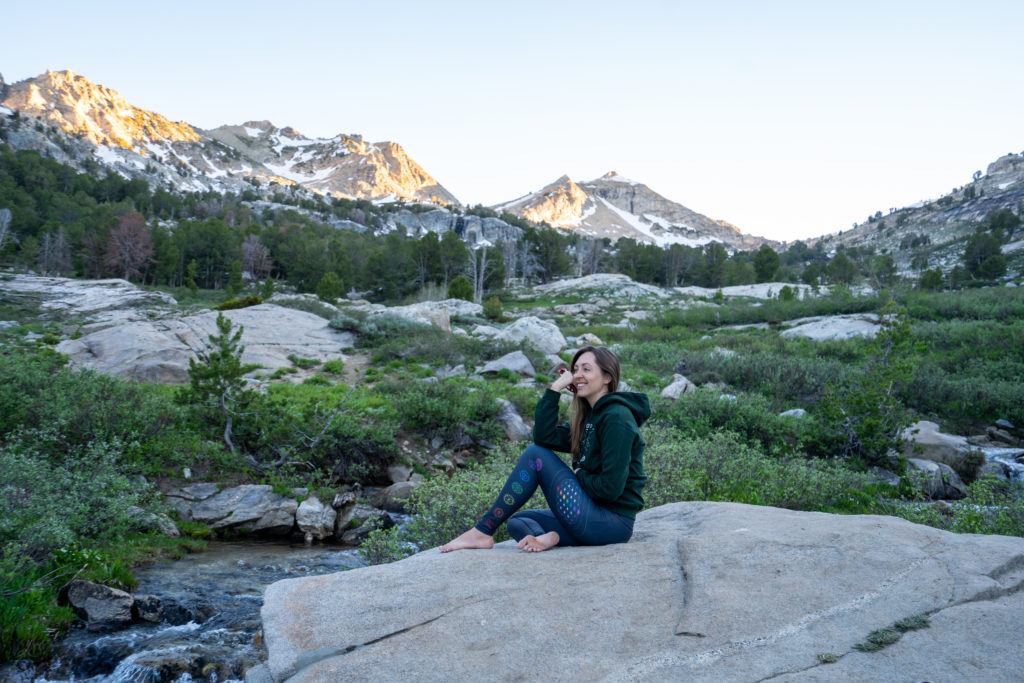