The clouds moved swiftly overhead casting curious shadows all over the sloped and swirling ground. In places it looked like a turtle shell, and in others more like Neapolitan sherbet, which really should be an ice cream flavor if it isn’t already.

“You know, in all of the times that I’ve been here and with all of the different people from all over the world, I’ve never heard anyone say it reminded them of someplace else,” said Mike.

His comment really struck me because I can never help comparing the places I am seeing for the first time to places that I already know. Somehow one place almost always strikes me as nostalgic for somewhere else. It’s amazing how places can be so reflective of each other but so different at the same time.

White Pocket in the Vermillion Cliffs National Monument in Arizona might be the first place it didn’t cause me to remember anything else. If there is a match for this place, then it must be on another planet.


(Check out the video to see it from the drone!)

The cool thing about the desert is that unlike a forest made more beautiful by trees, the beach where the ocean is the star, or mountains where waterfalls reign supreme, in the desert the topography is the main event. It can be colorful, sandy, carved into unique shapes, or all three.

In the case of White Pocket, The occasional flower or colorful sky cannot even come close to competing with these amazing rocks swirling in every which direction. 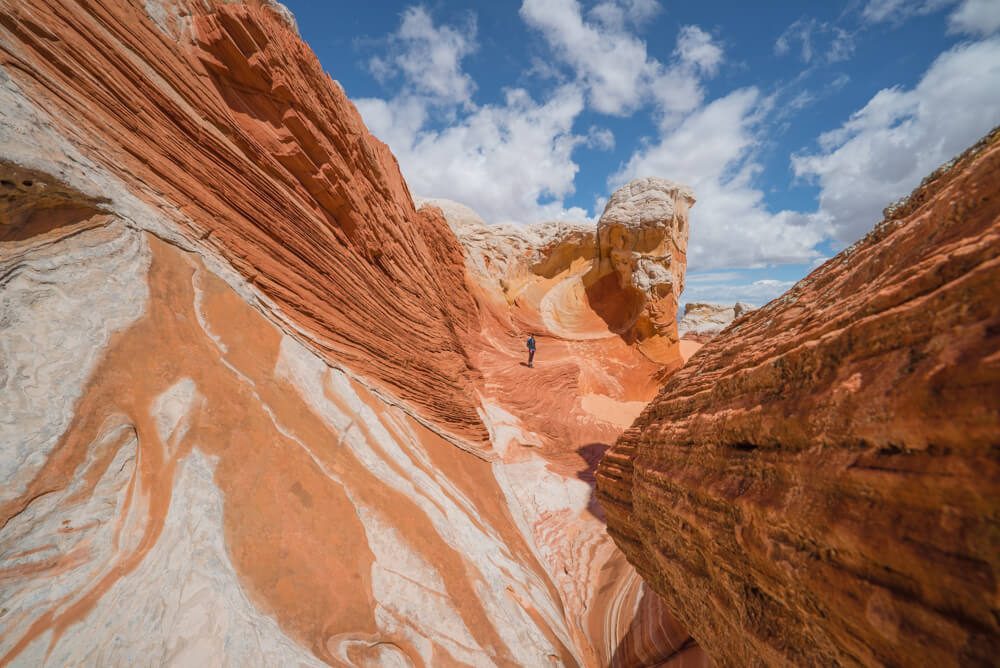 I kept wondering how in the world this formed. It would be easier to believe if it were volcanic, but this is sedimentary rock carved by water. How did these intricate, geometric patterns emerge?

The other mind boggling thing is White Pocket seems to appear out of nowhere. It is an island of rock in a sea of orange sand without any matching rock nearby. 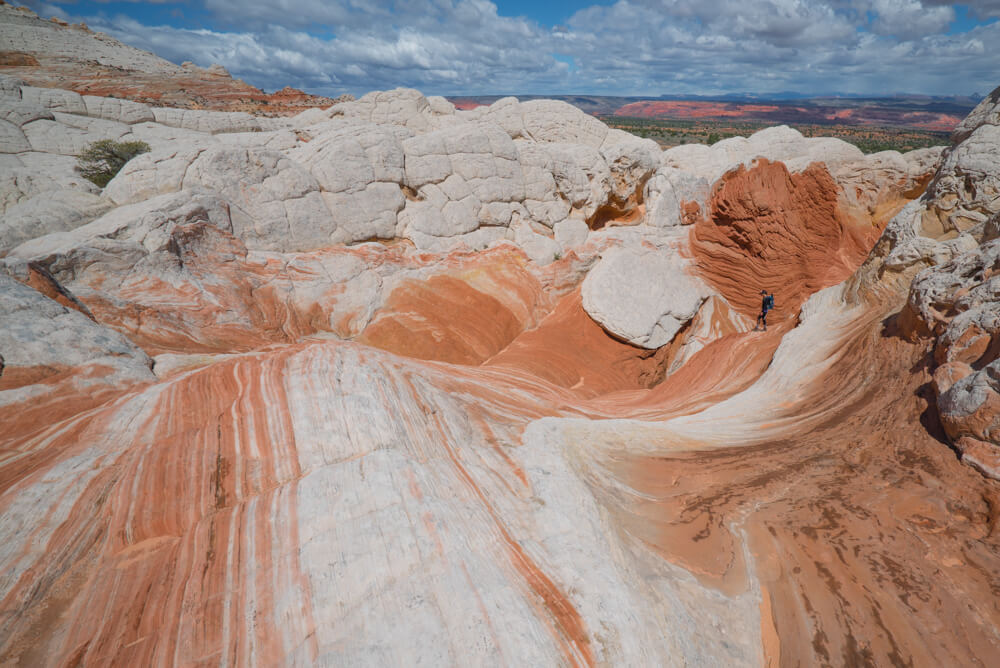 Like so many other under-the-radar places I had checked out over the previous week, White Pocket hardly had anyone else wandering around it, and yet it was one of the craziest land formations I have ever seen.

There are two reasons why it doesn’t get as many visitors: the mega famous Wave is nearby and most visitors in the area try to head there if they can get one of the 20 permits that are available per day, and it’s not the easiest place to get to. 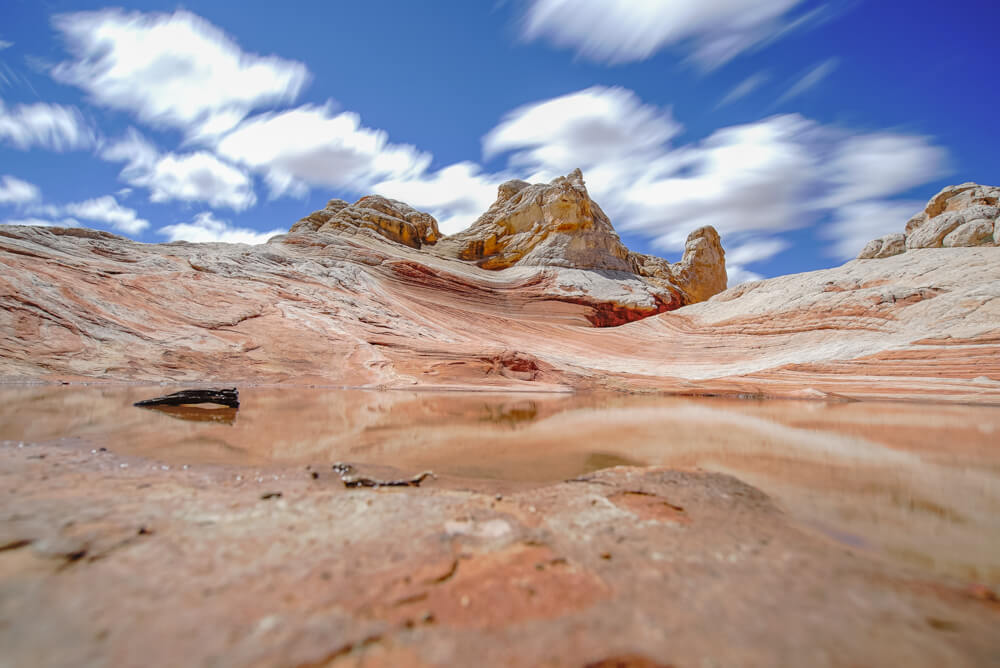 It feels strange to even compare the two, since to say that White Pocket should be an alternative for anything is doing it a disservice, but White Pocket is a great backup plan for the Wave since it doesn’t require a permit and it’s pretty close by as well.

However, take into account the time to get there. Its located about two hours down a 4 x 4 road with giant rocks and lots of deep sand.

The drive is an adventure and the scenery is incredible, but it’s not something everyone is comfortable with, or has a high clearance 4×4 vehicle capable of taking it on.

I visited White Pocket with Mike from Kanab Western Adventures. You know it’s going to be an enjoyable trip when for the two hour drive over you’re laughing and joking and never run out of things to say.

It’s obvious that Mike is good at his job and loves it too. Who wouldn’t with an office like this?

It seems like no two days here could really be the same. It’s amazing how the way that desert sky and the light it casts changes the ground so much as well. Just a subtle movement of the sun and clouds can make something turn different shades of orange, red, and yellow.

And then there’s the weather and the season. The day before I went to White Pocket it rained all day, resulting in some beautiful reflective puddles.

I never would have guessed this was here, nor that it would look this cool in person.

So if you don’t see the wave, know that you’ve got a fantastic alternative.

1035 shares
« The Highest I’ve Ever Been: Trekking Mount Kinabalu
Inside Slab City: The Last Free Place in America »