To be fair, I didn’t realize how fast these guys could swim. I hadn’t known that nobody swims with them because, well they are the largest lizards in the world and their saliva is venomous.

As part of my 6-day liveaboard diving trip with Wicked Diving in Komodo, we’d be visiting them on Rinca Island in Komodo National Park.

Wait, you didn’t see them on Komodo Island?

Actually, no.  First of all, Komodo Island is HUGE, and second of all, they are spotted more often on Rinca, as it were.

When we first arrived to the island, a ranger pointed us in the direction of the check-in where we would begin our walk around one of the island trails.

We need a stick?!

This seems to be the tool of choice for fending off bloodthirsty Komodo dragons, should we end up encountering one.  We all felt at ease, not.

In the forest, there was a lone water buffalo that had been rejected and left from the pack. It even makes me a little sad now to think about him, looking dejected and resigned to his fate. He would eventually become dragon prey, but his death would not be quick and painless. A bite would work its way through his body and kill him over several gruesome days. He seemed aware of this as he slumped down in a stream.

I didn’t even take a picture.  It didn’t seem right.

Moments later, a few other creatures — dragons! — showed themselves.  One was a baby, and the others full-grown adults. A few lumbered around in the shade and others were as lazy as could be in the sun.

It was early morning and mating season, so the probability that they would be more active was good. Normally, Komodo dragons are solitary creatures, but mating season brings them together in a clash over a female. Come afternoon, they tend to get lazy lying in the sun, as cold-blooded creatures like lizards are wont to do.

The real star of the show for me over those six days, however, was not a Komodo dragon.  Cool as they are, the most magnificent moment of my dive trip occurred during my first day of diving when a manta ray came so close to me that I thought it just might touch me.

Let me tell you, that is not an experience that I will soon (or probably ever) forget. A creature as huge and magnificent as a manta ray blessing me with her presence, and thankfully, curiosity that led her so close to me, is a memory from this trip that I will always hold near and dear to my heart.

Even more lucky, I happened to capture the entire encounter on video, as well as footage of several black-tip reef sharks, sweetlips fish, sea turtles, and many other varieties of reef fish.

Not only is Komodo Natural Park absolutely stunning, but the diving is way up there with my favorite sites, like Belize and Sipadan in Borneo.

It was also a nice challenge for me.  After going from only 12 to now 65 dives during the past ten months of travel, it was a good way to test if my diving skills have improved (and they have! They really have!), though I still did almost get carried away by a current or two.

It was one of the best dive trips of my life, and making this video was an awesome reminder of all the amazing things I saw.  I do hope you enjoy it as much as I did (turn on the sound!):

(see the rest of my videos on Vimeo)

Have you ever been moved by an encounter with an animal?

* Special thanks to Wicked Diving (who I have now gone on two dive trips with) for helping me make this a reality. Opinions are completely my own. 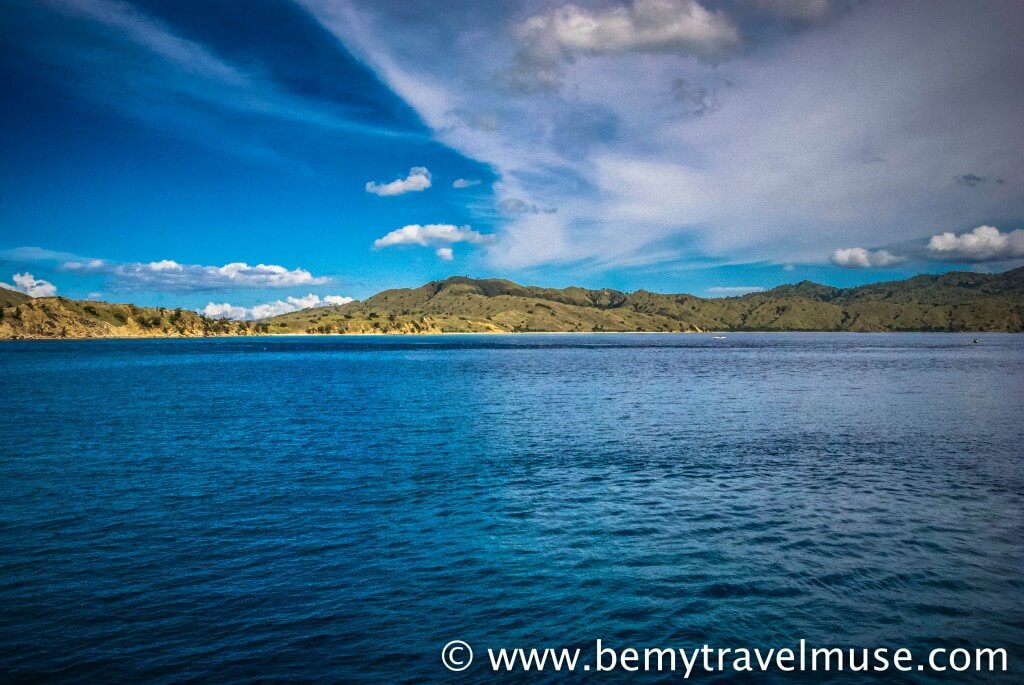 18 shares
« Bukit Lawang: Where Everybody Knows Your Name
Taking the Local Ferry in Indonesia as the Only Foreigner »